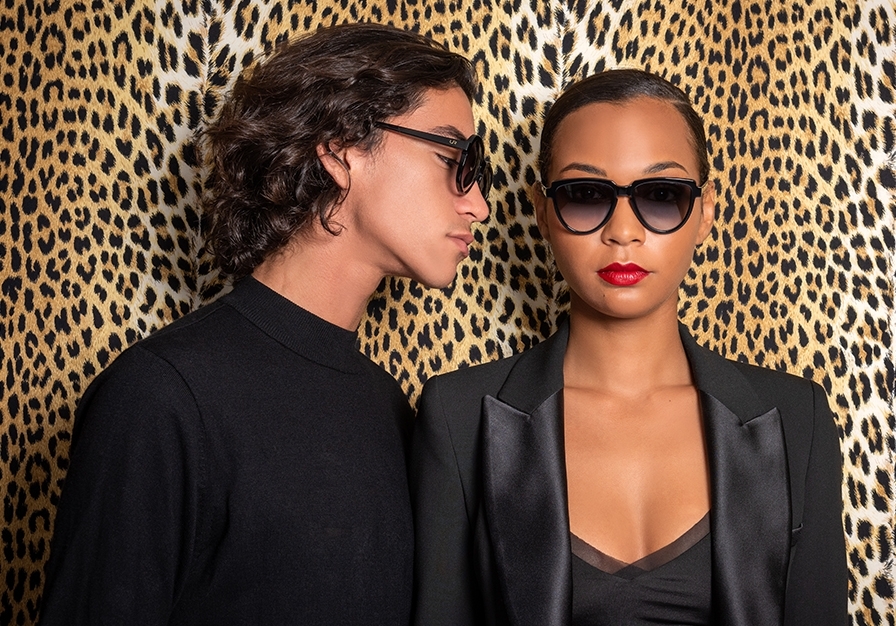 Urican puts again the spotlight on France in its new artistic campaign. The brand has chosen the rooms of Jobo Hotel, to capture Clara Lagurgue's (Miss Paris) and Mehdi Zniber's (Garçons By Gervais agency) looks, in a Retro Chic cosy atmosphere. The campaign makes nods to France and its history.

First of all, how the name of the campaign has been chosen.
The boudoir, a room located between the dining-room and the bedroom, would be the scene of spiritual and physical passions, as testified by Marquis de Sade's work entitled Philosophy in the Bedroom.  Men and women would meet, debate and share. This nest was an intimate and safe interlude, enabling the expression of one's self in total freedom, without being judged ; a notion dear to Urican.

Then, the selection of the place.
Jobo Hotel owes indeed its name to Marie Josèphe Rose Tascher de la Pagerie, Empress of France, better known as Madame Joséphine Bonaparte. The Empress has also gone down in history with her liberated personality and her feeling for an eccentric and unapologetic fashion. These character traits give inspiration to the decoration and the spirit of Jobo Hotel. Thus, in these rooms enshrouded with a sensual, almost unreal atmosphere, the contours of the two bodies are in harmony and mingle to exalt the Urican spectacles.

Eventually, the choice of a collaboration with Miss Paris.
Clara Lagurgue was elected Miss Paris last June. She undoubtedly has a pretty face, but not only. Sporty, musical and gifted with an elegant and stylish vision of French fashion, she also carries human values. She has created a programme for people suffering from unease, that helps them go through what she has herself suffered from.

France will always keep on inspring Urican, by her riches and its unique history as well as her complex and inspirational aspects. Hence the French Boudoir campaign gathers emblematic symbols of style and chic à la française; and offers us a new expression of love by Urican for France.

« All the French love France, it is true, but not the same. »
Hugo Grotius